A few days ago one of my mother’s oldest friends emailed me, my sister and a few others to see if we were interested in honoring her memory with a walkway board at the wild animal sanctuary where she had worked. Since then I’ve been looking at my mother’s old photos on line and came across this gem that was written exactly 107 years ago, today.

My great grandmother invited Susan B. Anthony to her 12th birthday party.

Turns out, the parcel with the new photo did not arrive in a timely fashion, so Ms. Anthony wrote her a short letter to explain what had happened…

I see that Ms. Anthony did not have in her school the vertical writing. This letter is not plainly read. 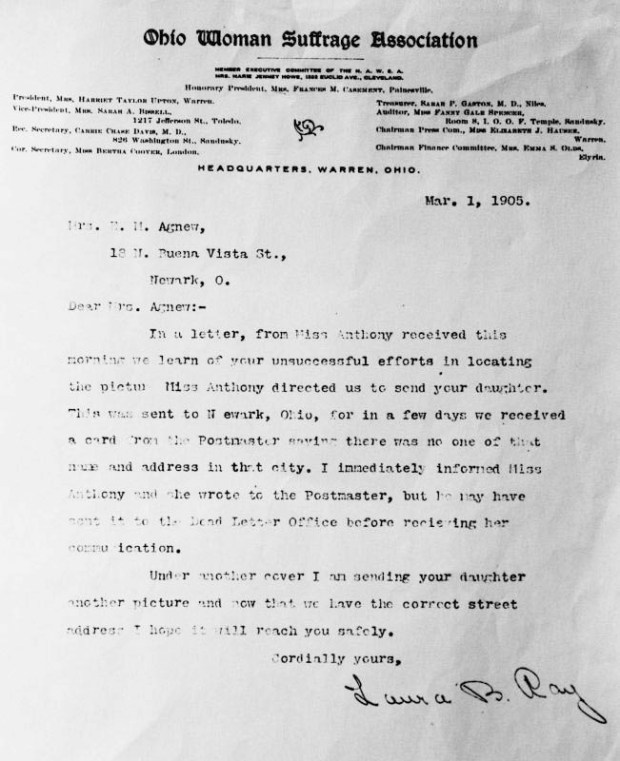 I’m not sure if she ever did get her picture… but if not, it was not for lack of trying.

3 thoughts on “Suffragettes eat cake too”